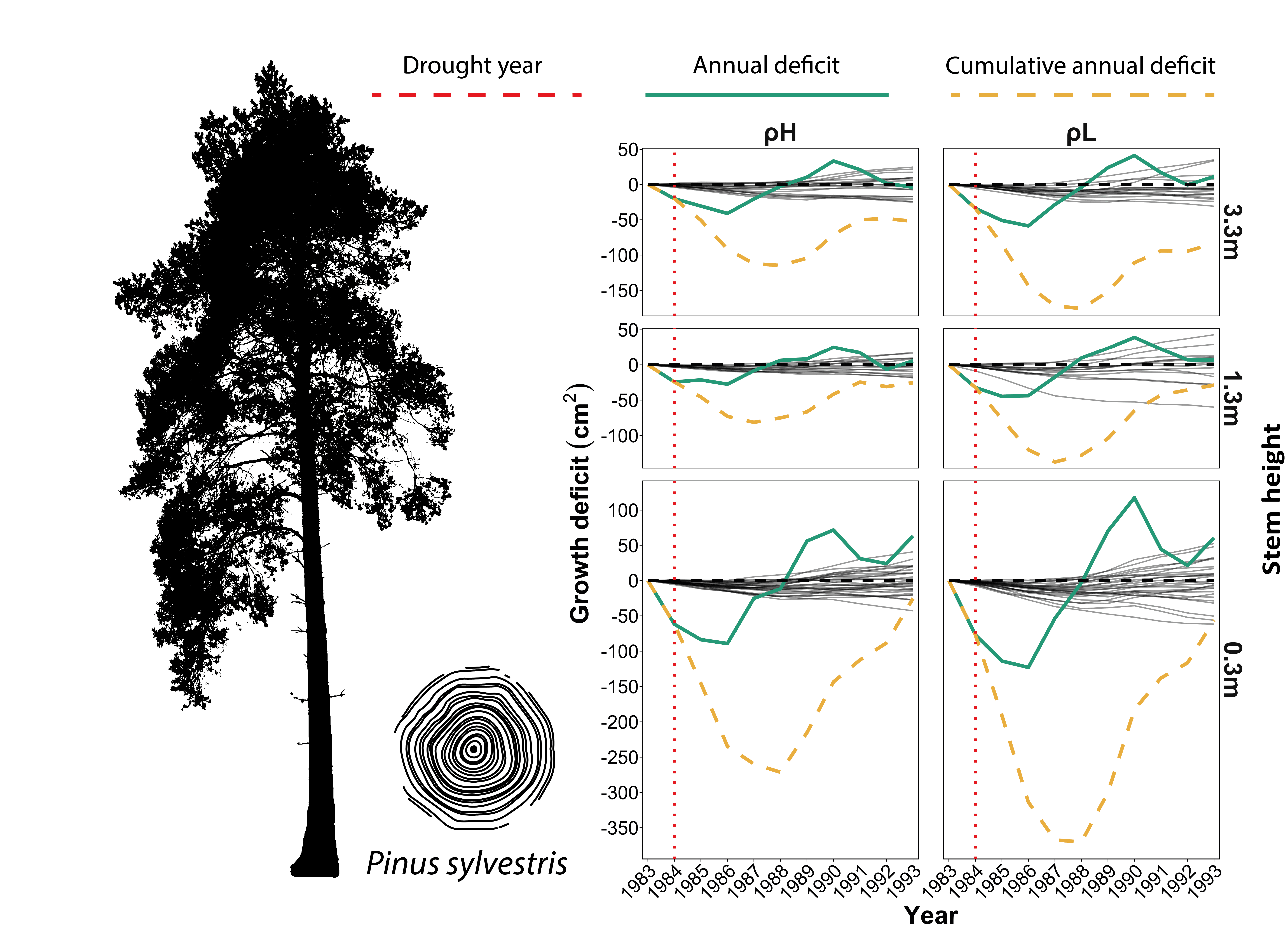 Blogs on this work:

Globally, large carnivores have been heavily affected by habitat loss, fragmentation and persecution, sometimes resulting in local extinctions. With increasing recognition of top-down trophic cascades and complex predator-prey dynamics, reintroductions are of growing interest for restoration of ecosystem functioning. Many reintroductions have however failed, in part due to poor planning and inability to model complex eco-evolutionary processes to give reliable predictions. Using the case study of Eurasian lynx (Lynx lynx), a large predator being considered for reintroduction to Scotland, we demonstrate how an individual-based model that integrates demography with three distinct phases of dispersal (emigration, transfer and settlement) can be used to explore the relative suitability of three geographically-distant potential reintroduction sites, multi-site reintroductions and two founding population sizes. For a single-site reintroduction of 10 lynx, our simulation results show a clear hierarchy of suitability across all metrics. Reintroduction in the Kintyre Peninsula (west coast) consistently performed best, with a probability of population persistence at year 100 of 83%, and the Scottish component of Kielder Forest (southern Scotland) worst, with only a 21% chance of population persistence to year 100. Simultaneous two-site reintroduction in the Kintyre Peninsula and in Aberdeenshire (near the east coast) of 32 lynx gave a 96% persistence at 100 years. Our model was highly sensitive to survival, particularly of adults, highlighting this parameter’s importance for reintroduction success. The results strongly indicate the potential viability of Eurasian lynx reintroduction to Scotland given the current cover of suitable woodland habitat. More generally, our work demonstrates how emerging modelling approaches incorporating increased realism in representing species’ demography, ecology and dispersal can have high value for quick, inexpensive assessment of likely reintroduction success and for selection between alternative strategies. 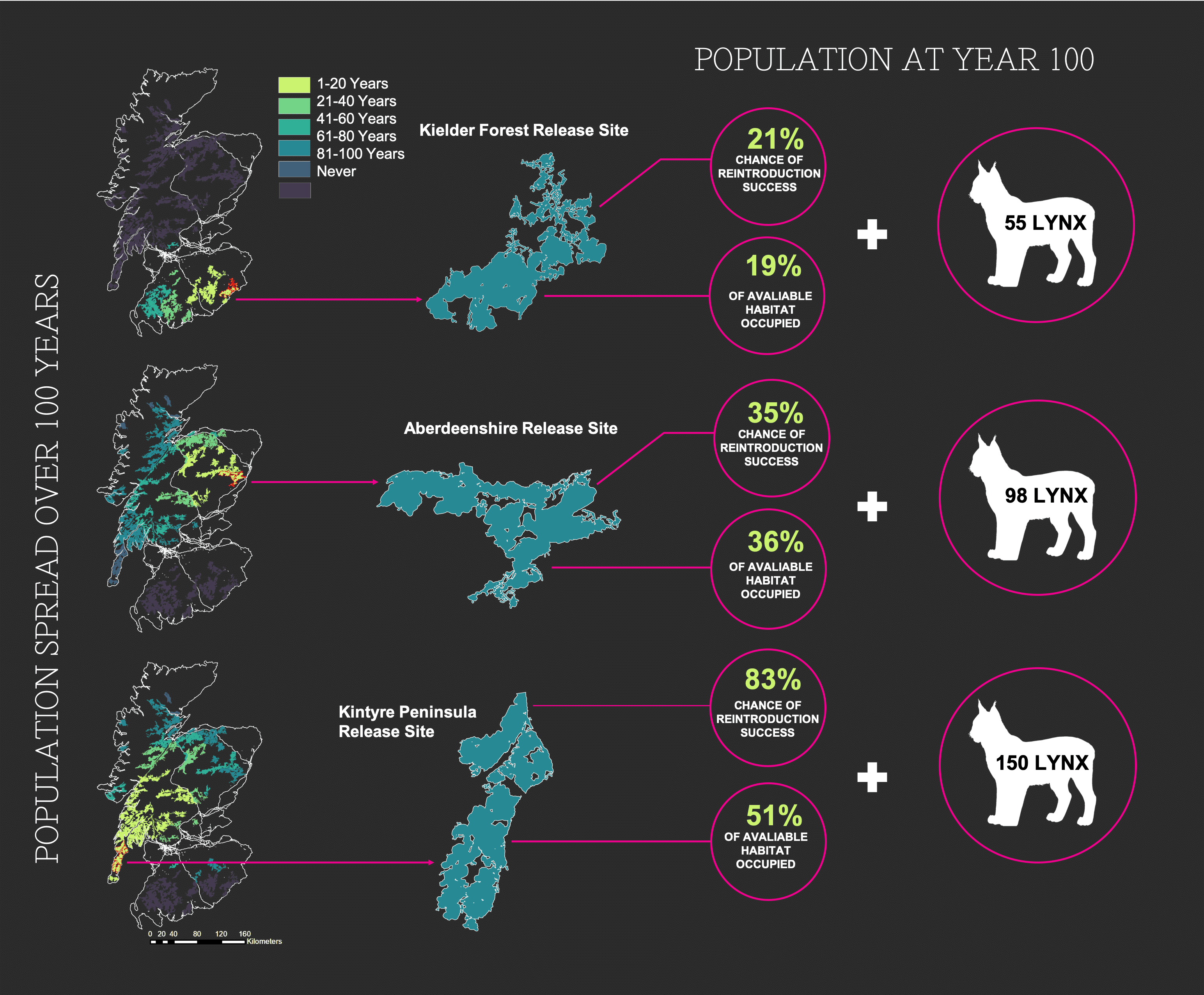 There is little evidence documenting the prevalence of plastic nest incorporation for different seabird species and populations, and even less detailing the source of such debris as nesting material. This study presents a baseline dataset on the presence of plastic in the nests of five seabird species on Lady Isle, Scotland using a novel and repeatable methodology for quantifying plastic incorporated into nests. Plastic was found in 24.5% to 80% of nests of all species. We analysed pellets of regurgitated material and the spatial distribution of herring gull nests containing plastic in the context of the tide and nesting habitat. Differences in the types of plastic found in pellets and nests suggests that plastic incorporated into herring gull nests was not derived at foraging sites and likely collected from the local environment. Targeted beach cleans before the breeding season could help minimise the quantity of plastic available to herring gulls. 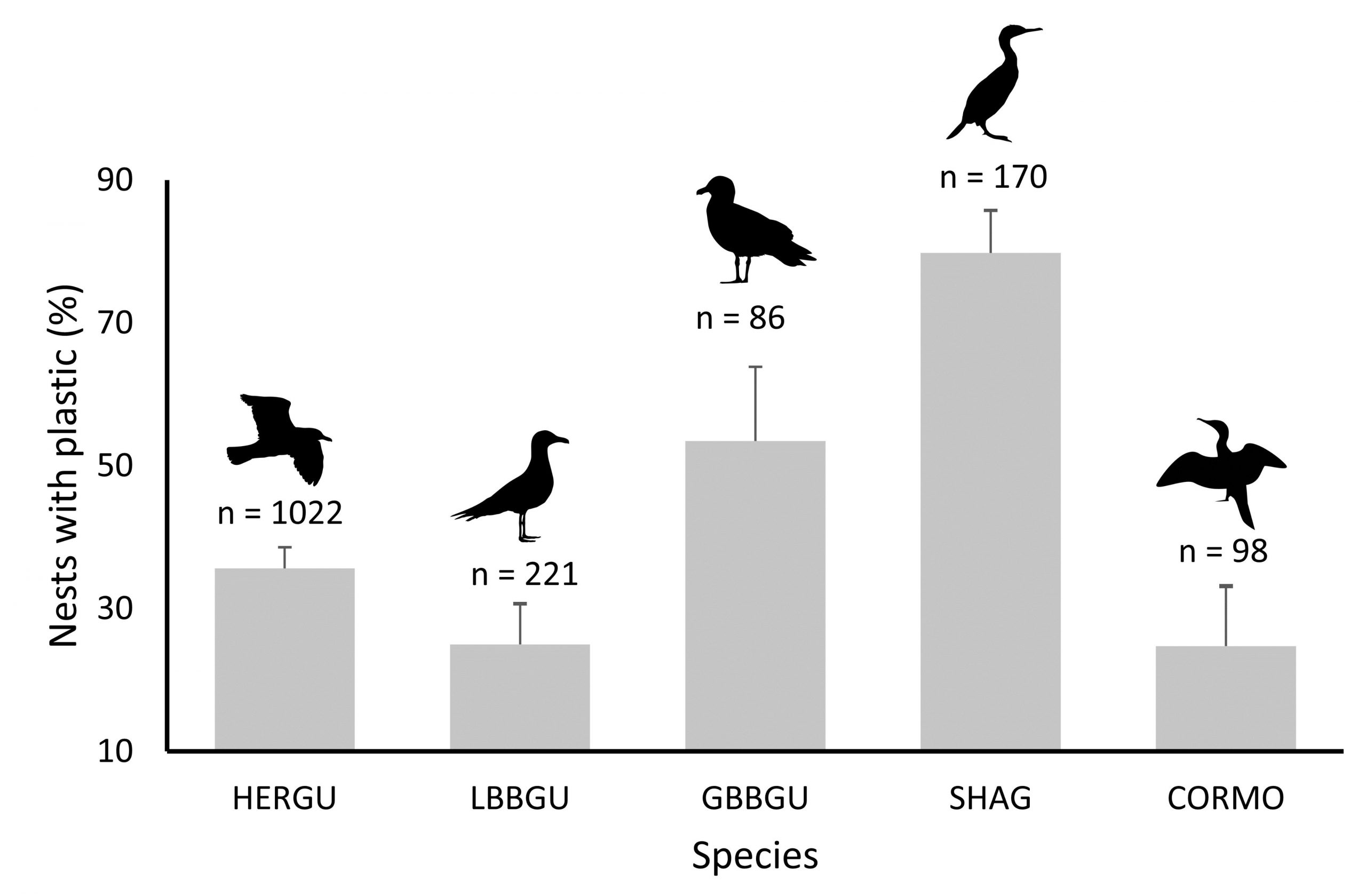 Phys.org, Inside Ecology, The Ecologist, My Science, Birds on the Edge & The Conversation

Sky News, The Evening Express, Big News Network, The Times, The Daily Mail, The Independent, The Scotsman, iNews & The Express and Star