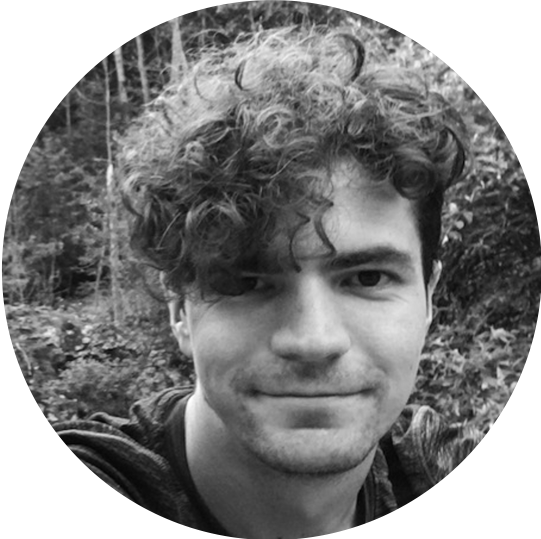 Marcus is a Software Engineer based in Bristol, England. He spends his time using an engineering approach to solve the many hidden problems created by modern, complex computer systems. His primary focus is on web development and design, tackling how to create experiences with minimal complexity and maximum engagement from end users.

Tom is an ecosystem ecologist investigating the changing carbon cycle in the Arctic. Tom’s research aims to understand how these changes in tundra plant community will impact carbon cycling in the soil. Tom aims to answer how the increasing plant activity in the tundra will affect this soil carbon store.

The Arctic Carbon Balance: Soils Will Hold the Key

Far northern ecosystems (Tundra and Boreal forests) store up to half of all global soil carbon.  Depending on whether they lock-up or release C in the future, they have great potential to control our climate. Due to climate change, areas of the Arctic have warmed four times faster than the global average and if we do not cut carbon emissions, the Arctic circle could warm by up to 11 °C by the end of this century.

​Warming of the Arctic tundra is allowing the expansion of deciduous shrubs and a shift in the extent of the northern tree-line onto what was previously a low-productivity ecosystem. Species known to be growing more in the tundra are willow, birch and alder shrubs. Arctic tree-line changes are due to birch and spruce expansion, amongst others. Whilst larger plants in the Arctic will increase carbon storage in their leaves, stems and roots, recent evidence suggests they may have the opposite effect on the carbon storage of the whole ecosystem (plants and soil together).

Studies have found that where there are more birch shrubs in tree-line areas, there is up to two times less soil carbon than in tundra, a difference that is barely compensated by plant biomass. Evidence from field studies suggest that although forests and shrubs input more carbon into the ecosystem through enhanced photosynthesis in the canopy, there are equally high soil decomposition rates. This implies that Arctic ecosystems that grow faster may simply cycle carbon faster than the slower growing tundra, not store it in the long term. This raises the question of whether soil carbon in the tundra is vulnerable if shrubs or trees shift onto it. To answer this question we need to understand how they influence decomposition in the soil and whether this effect is greater than the increases in productivity. 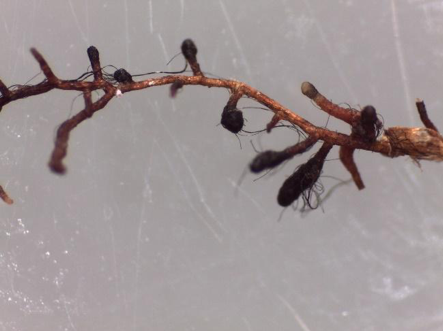 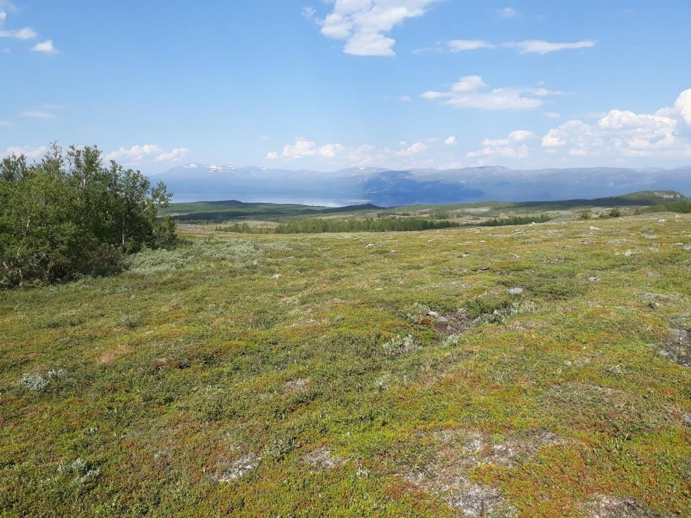 Decomposition of dead plant material is the primary way that carbon is cycled back to the atmosphere as CO2. Soil animals, fungi and bacteria are the main actors in this process as they break down old biomass in order to extract carbon and/or nutrients for their own growth. Plants and soil organisms are intimately connected via the plant’s rooting system and the activity of one usually has a strong effect on the other. Previous evidence has suggested that trees may stimulate decomposition of soil carbon via a process known as ‘rhizosphere priming’ which is one way that plants may exert a strong control of the soil. Rhizosphere priming is the transfer of sugars from the roots to the soil which, in turn, increases the activity of the microbial community, releasing nutrients that are bound in the soil. The plant uses this strategy to ‘unlock’ nutrients from the soil but in the process causes excess decomposition as the soil fungi and bacteria increase their activity. This is one mechanism by which shrubs in the Arctic may stimulate the decomposition of soil carbon as they extract nutrients for growth.

One specific soil organism that may play an important role in soil carbon turnover is the mycorrhizal fungus. Globally, the majority of trees and woody shrubs form a symbiotic association with a mycorrhizal fungus and arctic plants are no different. The word mycorrhiza comes from the ancient Greek ‘myco’ for fungus and ‘rhiza’ for root (therefore ‘fungus-root’); the fungus lives on the root of the plant where it receives sugars from its host plant and is allowed to grow through the soil. In exchange, the fungus scavenges for nutrients and then passes them to the plant host. Some mycorrhizal fungi can utilise enzymes to break down soil molecules in order to extract nutrients, however, this nutrient ‘mining’ by mycorrhizal fungi may lead to a loss of soil carbon as decomposition increases in line with nutrient extraction.

The PrimeTime project is lead by researchers at the University of Stirling and is based primarily in the forests and tundra above the . Here, we have set up plots and experiments to understand the role of trees, shrubs and their fungi on soil carbon cycling.

We have used a common forestry and horticulture practice called girdling (often-called ring barking) on small, replicated plots. Cutting a ring around the bark deep enough to stop sugars travelling through the tree or shrub phloem (transport tissue) to the roots allows us to understand the role of these important species on soil carbon cycling. Eventually the crown dies, but these birch trees often re-sprout from near the base of the stem – below the ring-barked section – and the forests rebound very quickly.  Under these girdled trees we can measure a number of soil processes, that are linked to the plant canopy. These include, soil respiration (loss of CO­2 to the atmosphere), root and mycorrhizal fungi growth, enzyme production and age of CO2 released Using this method we hope to understand how relatively productive plants interact with the soil environment and whether or not they will increase decomposition rates in the arctic tundra.